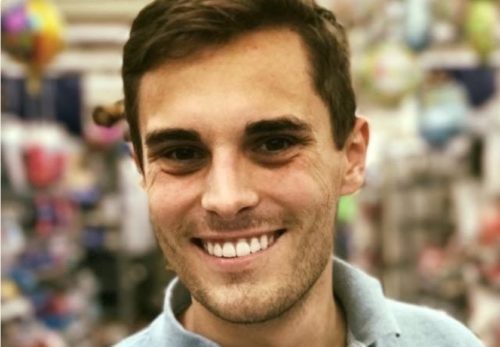 Two men have been charged in the brutal beating of straight man who they may have thought was gay.

Trevor Gray, 28, was found bleeding after being beaten by two men in Waynesboro, Mississippi, several weeks ago. He said that he was at a local bar when it closed, and another patron, Landon McCaa, 32, invited everyone back to his place.

Wayne County Sheriff Jody Ashley said that Gray went to his house and two hours later he was beaten.

A video caught part of the attack. Under the carport, a man who appears to be McCaa said, “Are y’all ready?” to the camera and then approached Gray. He said, “What’s up, bro?” and Gray smiled and nodded.

Trevor Gray’s brother Cruz said that he thought McCaa wanted to shake his hand, but instead he got punched in the face. He fell to the ground and the man who appears to be McCaa got on top of him and punched him 17 times.

None of the bystanders helped him until someone from inside the house ran out and held back McCaa and Gray, according to police.

Gray said that he ran to his car and drove home, where he sat on his couch for several hours, going in and out of consciousness. He then texted a picture of himself to his brother, who encouraged him to go to the hospital immediately.

Doctors found that his jaw was broken in two places and he needed surgery. His mouth has been wired shut.

McCaa and Brown were arrested and are facing a charge of felony aggravated assault.

Ashley said that she believes what happened was a hate crime and she has asked the FBI for help in investigating the case.

She has not said why she believes it was a hate crime, but Gray’s brother said that the attackers called the victim “queer.”

“He’s not gay, but it wouldn’t matter if he were,” the brother told the Clarion Ledger. “No one deserves for this to happen to them.”

Mississippi’s hate crime law does not include sexual orientation or gender identity, but federal hate crimes law does, which may be why the sheriff is asking for the FBI to intervene.

In their initial court appearance earlier this week, McCaa blamed the attack on alcohol and Brown said that it was a “feud.” Gray’s family said they have no idea what feud he would have with McCaa and Brown.

A friend set up a GoFundMe to help Gray with medical and legal expenses. It has raised over $15,000.