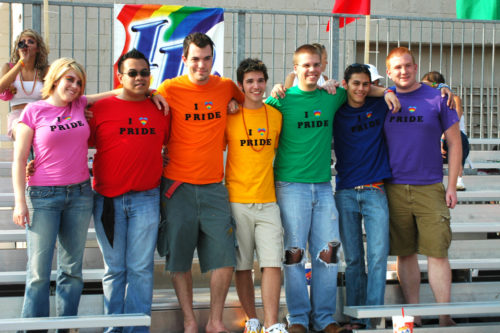 The latest edition of the World Happiness Report has been released, and one finding isn’t a surprise to those of us who are LGBTQ: of the 156 countries covered in the report, nine out of the top ten have laws that protect their LGBTQ residents.

Finland, the top ranked country, requires that transgender people be sterilized before legally changing gender, an onerous requirement that is slowly being removed from countries worldwide. Their law is currently being challenged and may soon change.

Finally, while each country has protections that cover sexual orientation, The Netherlands doesn’t have specific gender identity protections on the books.

Norway, however, does include gender identity — and even includes specific protections for their intersex population.

Denmark, Switzerland, Norway and Finland have been in the top ten for at least the last four reports.

Meanwhile, the United States has been steadily dropping over the last three years, and is now the 19th happiest country. Its the US’ worst showing since the report started in 2012. The US has never been in the top ten.

The bottom of the list is occupied by Afghanistan, Central African Republic and South Sudan.

The report is the work of the Sustainable Development Solutions Network in partnership with the Ernesto Illy Foundation. You can review this and past year’s reports on their website.